Dover? Felixstowe? or Pin Mill? Where? - Pin Mill one of the most beautiful hamlets in Suffolk for Luca's first view of Open Water 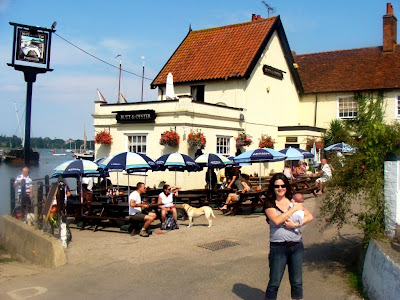 Above: Beccy with 11 day old Luca Jacob following a seafood lunch at "The Butt and Oyster" in Pin Mill, Suffolk.

Following an early night on Saturday to get up early for a swim in Dover Harbour at the 2009 Dover Regatta weekend, Beccy and I woke up at 8.25am after a restless night feeding our 11 day old son Luca. Not then feeling bothered to drive the 2.5 hour, 145 mile trip to Dover, we set off for the 38 mile trip to Felixstowe. At about 20 miles, I couldn't even be bothered to drive to Felixstowe and suggested stopping off at Pin Mill for some lunch before proceeding to Felixstowe. Beccy agreed and turning off at Ipswich, we headed along the shore of The River Orwell towards Pin Mill. Never heard of Pin Mill? Shame, it is a beautiful place. This is what the BBC website says about it:-

"On the banks of the River Orwell the hamlet of Pin Mill is at the heart of one of Suffolk's areas of outstanding natural beauty. Situated on the Shotley peninsula, it is a haven of tranquillity, loved by artists, walkers and birdwatchers. The 17th century "Butt & Oyster" inn is so close to the river that it can serve pints of ale through the window to yachtsmen at high tide.

Pin Mill had links to smugglers in the 19th century and it was the setting for Arthur Ransome's book 'We Didn't Mean to Go to Sea'. It was also featured in the popular BBC Lovejoy series." 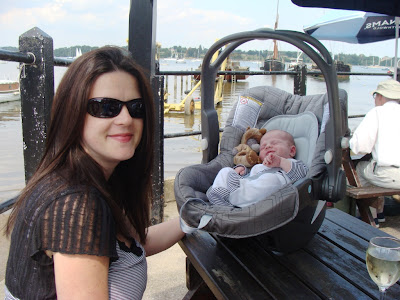 Above: Beccy and Luca after our helping of Scampi and Chips at "The Butt and Oyster", Pin Mill, Suffolk.

Following our hearty meal, Felixstowe seemed further and further away so I took Luca for his first look at a bit of open water - The River Orwell. He didn't say much, probably because he was asleep as he has been through most of his "first time experiences" over the past 11 days! 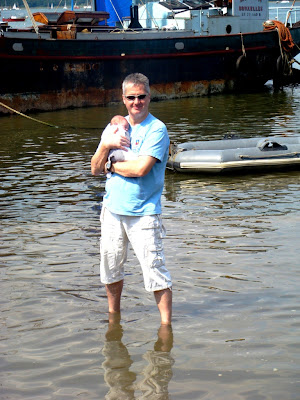 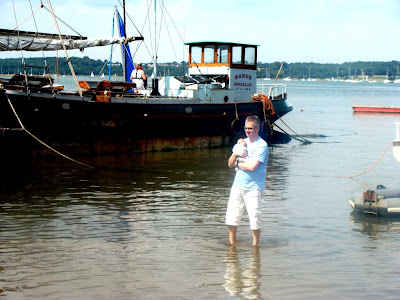 Above: Luca's first experience of Open Water in The River Orwell with Dad.

Having dipped my feet in, I decided that the water looked very appealing, cancelled Felixstowe and decided on a swim in The River Orwell, the first time I had swum in it, even though we had been up and down it many times when we used to have our boat. 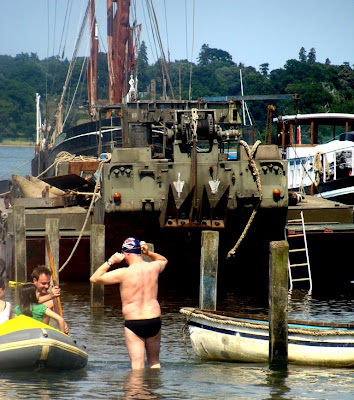 As I entered, a small RIB came in with a man and his children. "That's a Channel Swimmer" he laughed to his children. "Yes twice I replied". He looked at me rather strangely and carried on paddling to shore!

It was beautiful in there. It was also incredibly warm. When I came ashore and got out, my watch was reading 24 Degrees Centigrade, hardly a "cold water swim". I felt very rough and unfit, but am really glad I got in. I am now ready to start training again for hopefully some big swims over the next couple of years. 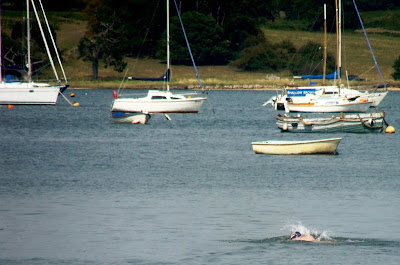 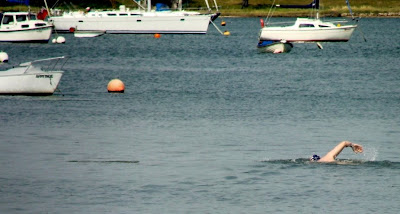 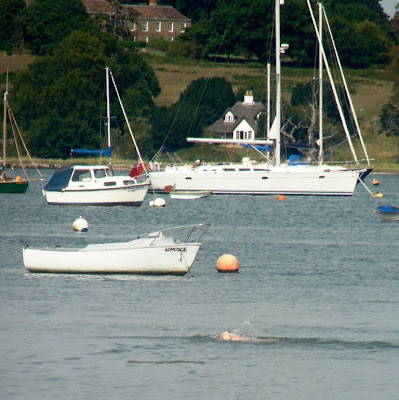 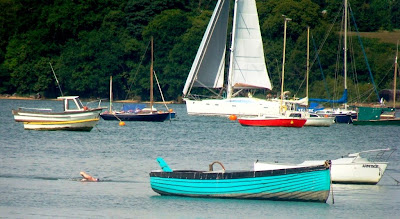 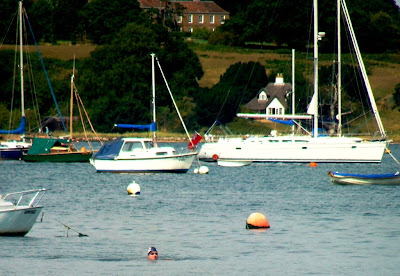 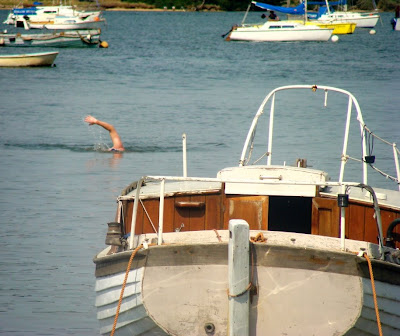 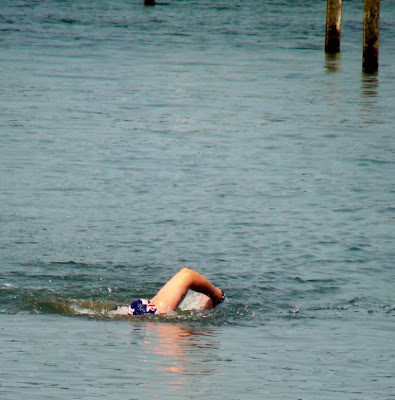 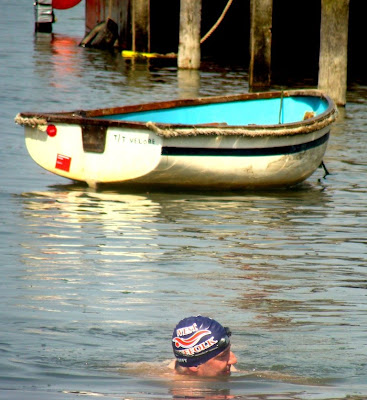 It was a stunningly beautiful day, and I had a thoroughly enjoyable swim. There was no need to trek all the way to Dover, we have great facilities here in Suffolk. If you are ever in the area, I thoroughly recommend Pin Mill. 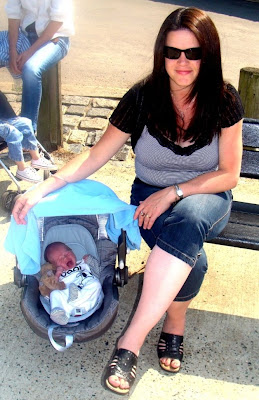 Thanks to Bex as always for taking some great photos, and hopefully Luca enjoyed his first look at Open Water even if he was yawning. Get used to it Luca, there's plenty more to come!
Posted on Monday, August 10, 2009