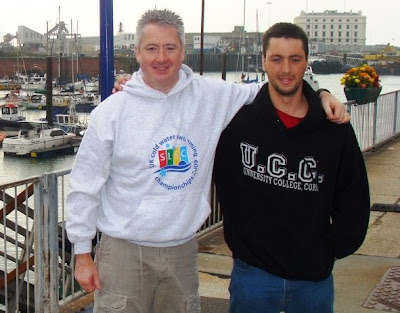 Sitting in the reception of my business, Body and Mind Studio on Wednesday, the postman appeared at the window with a parcel in his hand. I wondered what on earth it was as I hadn't ordered anything so was very intrigued. When I opened it I was gobsmacked! This is what was in it:- 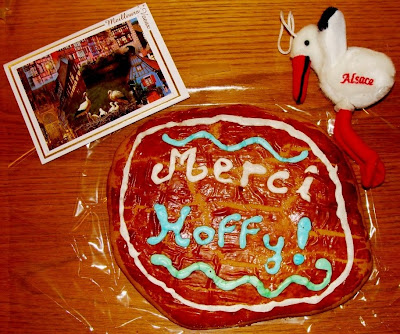 It was a thank you present from Sylvain Estadieu who I crewed for on his 2009 English Channel Swim. Inside the card it read:-

here's just a little something to thank you again for helping me on that great day of September!

Sylvain, than you very much for sending me such a great memento of your swim and your home region of Alsace in France. Good luck with your 2010 swims.

Email ThisBlogThis!Share to TwitterShare to FacebookShare to Pinterest
Labels: Other Peoples Channel Swims, Thank You