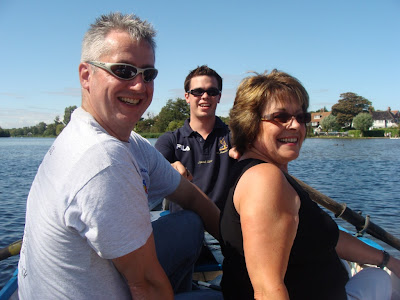 Having had a bit of a swimming sabbatical while waiting for our son Luca to arrive, on the last summer Bank Holiday of 2009 we decided to head for what I like to call "The Far East" for a swim in the sea, my first since my mammoth session in Dover Harbour back in March. So after negotiating all of the very frustrating Bank Holiday traffic, through which Beccy and Luca slept soundly, we finally arrived in Thorpeness, one of the most easterly towns in Great Britain (Lowestoft is the most easterly) to meet up with my mother-in-law, Viv, brother-in-law, Nick and his girlfriend Danni for some good old Suffolk fish and chips before heading for the famous Thorpeness boating lake. 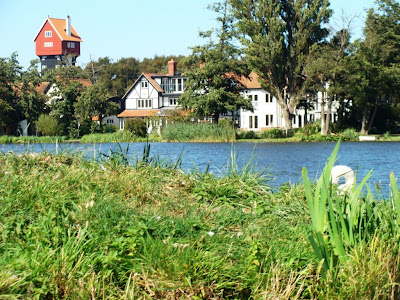 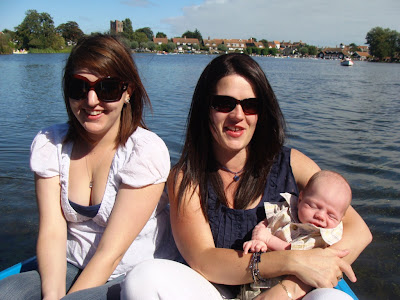 Above (left to right): Danni, Beccy and Luca enjoying the glorious sunshine while being rowed around the lake by Nick. 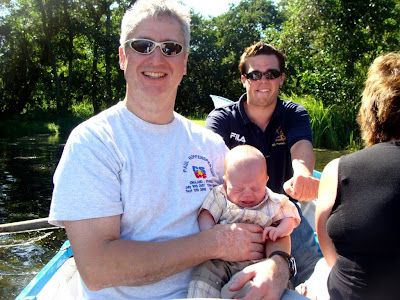 Above: Me with Luca, Nick (doing a sterling job rowing) and Viv.

Having spent about an hour on the lake (the exact time was in dispute due differences in everyone's watches) we headed for the short trip (about 3 miles) to Aldeburgh, where I was going to swim. It is ideal there because there are no groynes, just a very straight beach of a couple of miles, so you can swim along the beach in deep water, and only be about 5-10 Metres from the beach at any one time. It is ideal for training in.

As I got in the sea and started to swim, it was simply fantastic. So refreshing after the heat of the day, and great to be back in the sea after such a prolonged break. 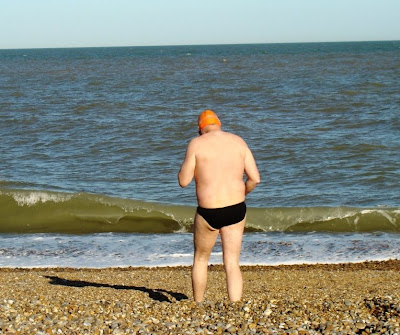 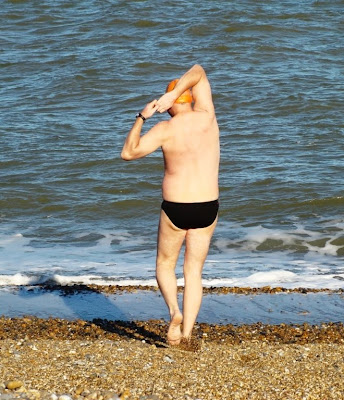 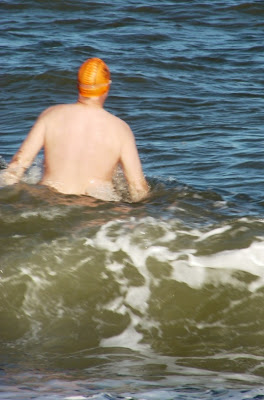 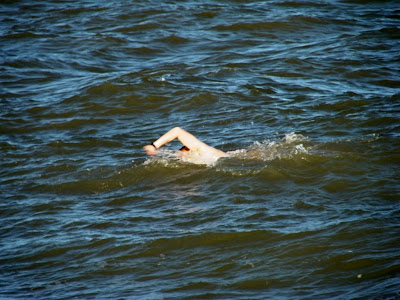 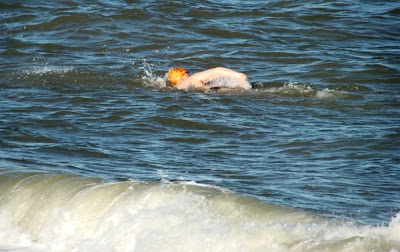 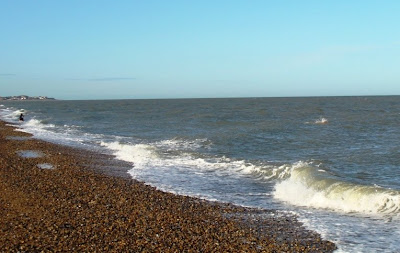 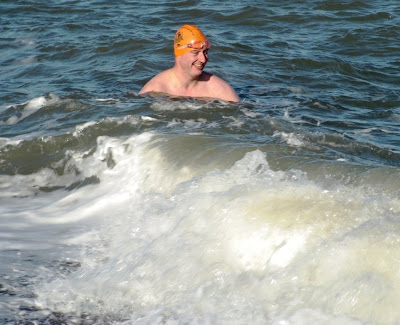 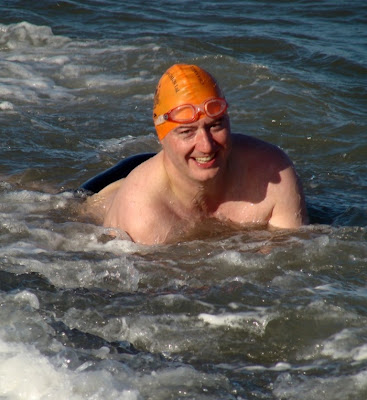 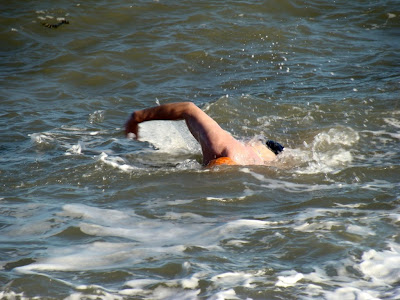 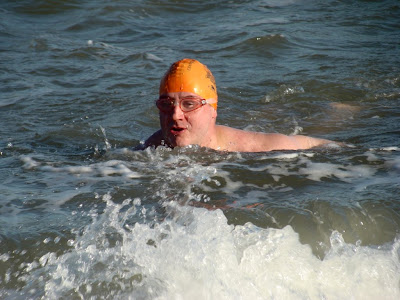 It was fairly rough in there, quite a few waves, but then again it was The North Sea. I really enjoyed myself, and it has fired me up in preparation for by next big swim which I am currently trying to organise. More details will follow as soon as I get the go ahead. 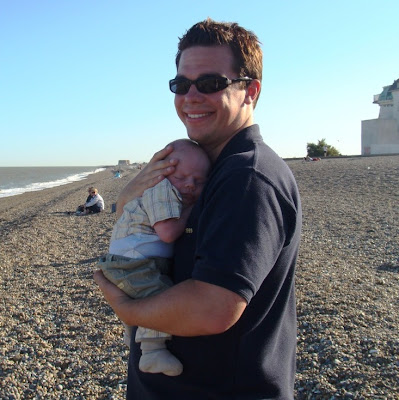 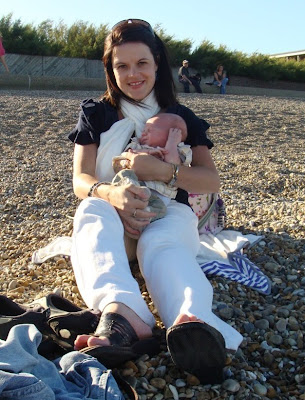 Luca was looked after during my swim by his mum and Nick. Apparently he did in fact open his eyes and watch me swim for a while before adopting his usual sleeping position! 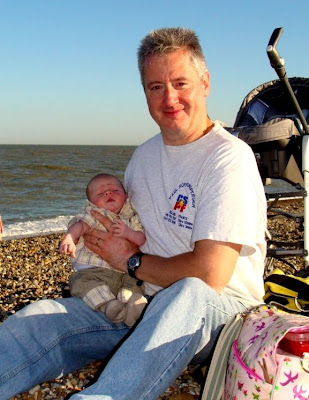 After my swim, we headed back through the winding countryside roads to avoid the heavy Bank Holiday Monday traffic, stopping off for a glass of cider in Framlingham. It had been a beautiful day!
Posted on Wednesday, September 09, 2009