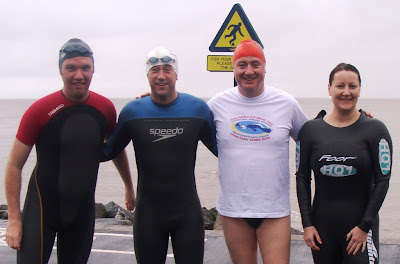 Above: Left to right, Nathan Pittam, Philip Beer, me and Donna Whelan, members of the Suffolk Open Water Swimming group who swum in the 9.5 Degrees C waters of Felixstowe.

Undeterred by last weeks cold water swim, four people turned up for this week's swim on a cold, rainy Saturday morning in Felixstowe. Some people decided not to come because it was raining. I had a conversation with one swimmer on the Friday evening which went something like this:-

...and so it went on. As it turned out, she didn't come, because it was raining!

For the record. Open water swimming, and swimming in the sea is a mental challenge as well as a physical one. It's 80% mental and 20% physical to do what we do. It doesn't matter if it's raining, snowing, windy or the sun is out. If you want to achieve your goal, you need to get in the water and just swim, no matter what. 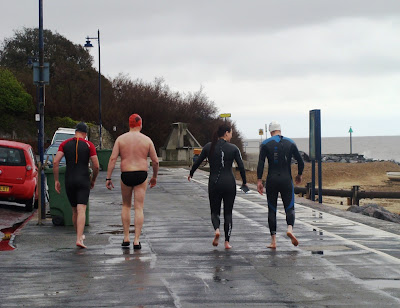 Above: Heading along the promenade towards the beach, having changed in our cars, to start our swim. 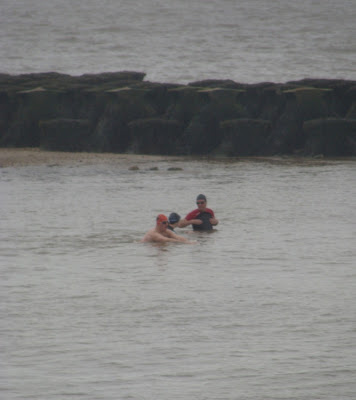 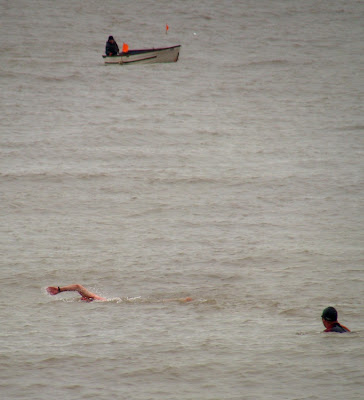 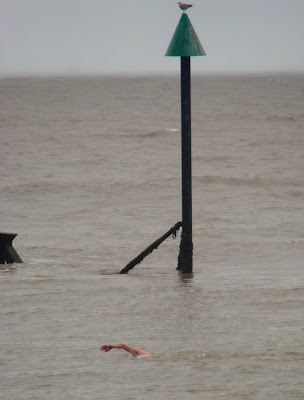 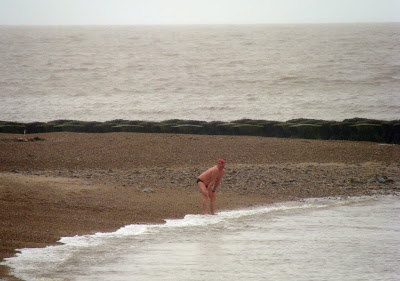 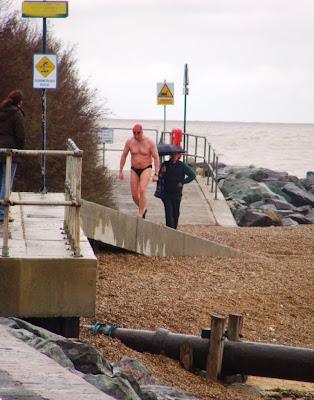 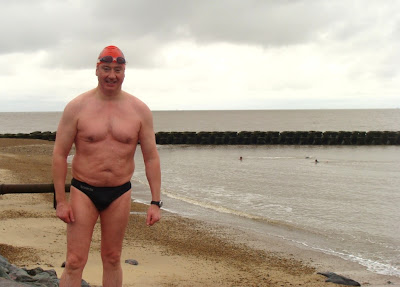 We completed two swims from the beach to just past The Fludyer Arms hotel and back, and everyone really enjoyed it. Donna, who told me afterwards that this was the first time in the sea like this, wanted to get back in again she enjoyed it so much.

We will be back again at 11.00am next Sunday. Full information can be found on the website at:-

www.SuffolkOpenWaterSwimming.com
Posted on Wednesday, May 12, 2010