Above: Video of the start of my swim on day 4, having had a really bad night's sleep.

Day 4 of the training trip to Spain, was a bit of a strange one having been awake for most of the night with bad indigestion! Our hosts for the trip, Mike and Monica Ames, had taken us to a restaurant called "Pepe's" the night before, and having enjoyed a wonderful seafood meal, they told use they had a surprise for us. We went to this ice cream bar where we had the biggest ice cream you ever did see. The whole night I was tossing and turning feeling physically sick!

Getting up next day, I was shattered and told Bex that the most I could manage this morning was a 3KM swim with the tide. We walked the full length of the beach, where I got undressed and into the water and set off tentatively on my swim. The temperature bottomed out at 16.4 Degrees Centigarde on my watch today. Bex had a bit of a video day today rather than a photo day, and the three below are the only photos she took (excellent they are of course!). 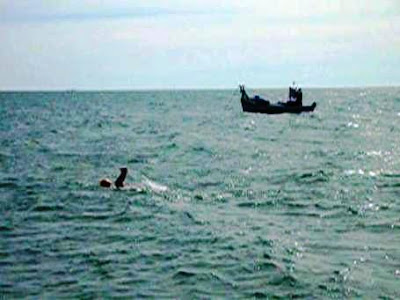 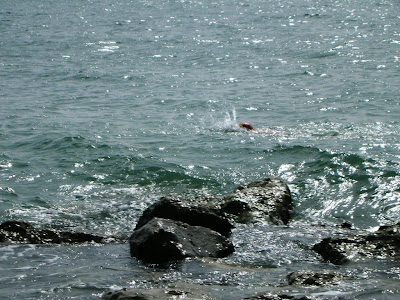 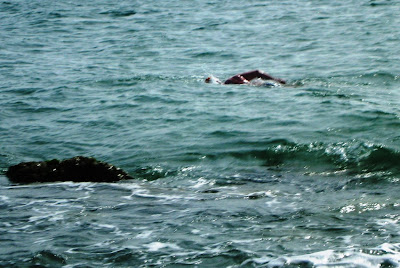 I swum past the rocks and saw the fishing boat again. If you ever go to Estapona, the seafood is superb, but don't eat one of them ice creams after it! I felt sick for the whole swim, and was very surprised that I wasn't!

At the end of the swim, I got out and walked back up the beach for a bit of a relax on the sunbed. It was bit disappointing as I had wanted to do a longer swim that day, but tomorrow was another day!

Hope your all having a great holiday, keep up the training and less beer and ice cream!! was just watching your training videos they are really good and looks a lot more tempting than the cold Loch swimming i've been doing lol

anyway enjoy the rest of your holiday

Hi Maggie. Thatnks for commenting. We are back from Spain now and had a good time with lots of swimming (and beer and food but don't tell anyone!). Hope your training is going well, and hope to see you in Dover in the summer.

Ooooh! Video! Do you do requests? Killing me softly maybe?!
Have you seen my gratuitious picture of Russell Brand in HIS swim shorts? That's what you should be aiming for!

PM - LOL! Most people visiting this site won't understand that one!

Yes I have seen Russell's rather large canoe tucked into his trunks! Are you trying to say I'm small in a particular area???!!!!

No, your Moobs are a sight to behold!

Balkan swimming - Thank you for this, and greetings from Bury St Edmunds in England.